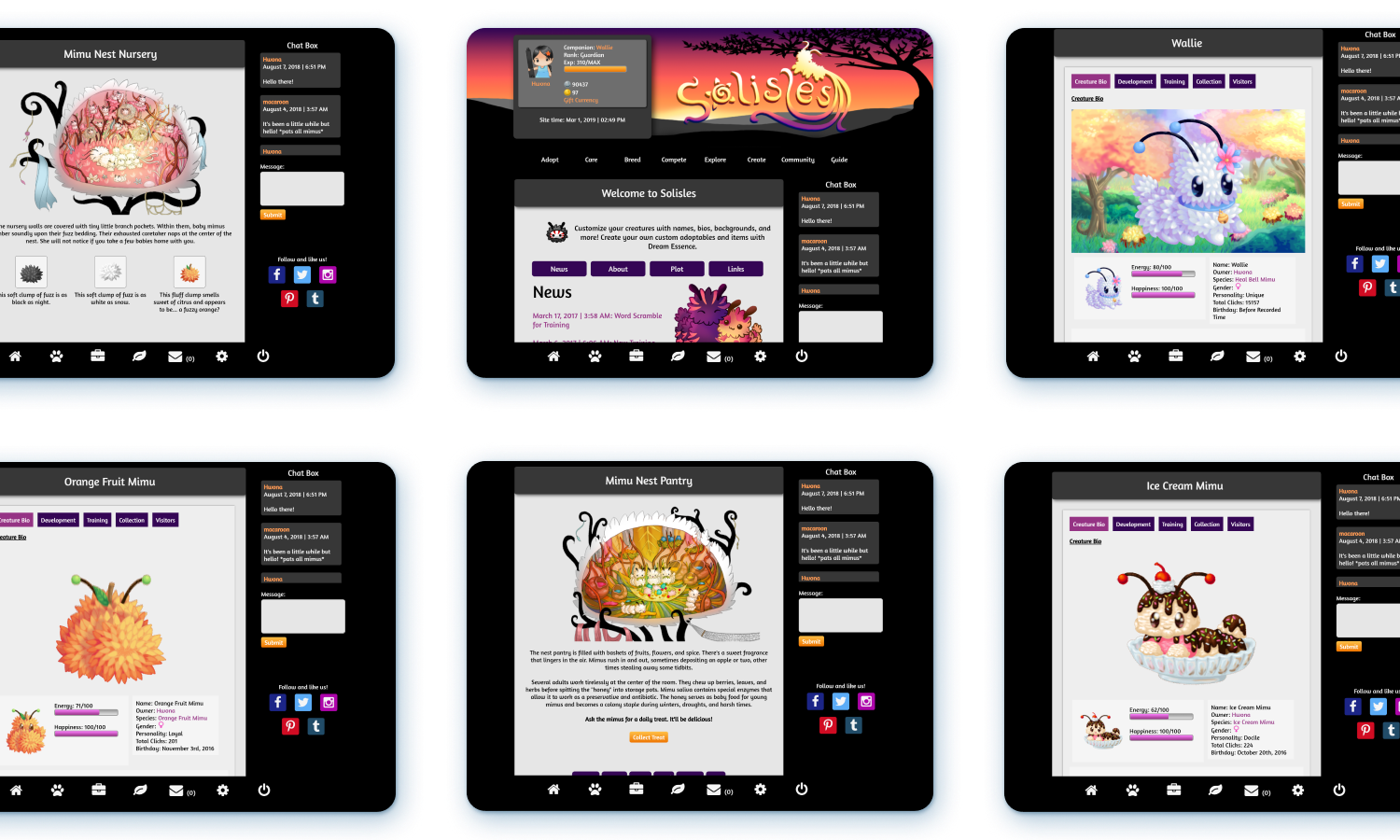 Solisles was the project that began my computer science and design journey. After the game platform that hosted my very first website (Caterpillar Cave) closed down, I turned to an open-source script to rebuild and improve the original concept in PHP. As my art and code skills improved, I added custom game features, reworked the graphics, and rebranded Caterpillar Cave as Solisles.

Solisles is set in the fictional island of Hakeoro - home to the mimu (fuzzy caterpillar critter). The Solisles universe and its inhabiting creatures often appear in other projects. The site marks the first time I experimented with light animation, HTML games, and object-oriented programming. The ideas and skills expressed in Solisles have been influential in shaping my work.

So much of what I know today stems from my experience building Solisles. While the site is old and my skills have since improved, I will always cherish this wonderful memory and people who helped me along the way.